How important is the view with respect to your restaurant experience? A gastronome would sensibly argue that the only thing that matters is the quality of food. We can all list shabby or even ugly establishments that serve some of the most delicious dishes we’ve ever eaten. Living in Tokyo, I often frequented darkened cubbyholes under railway lines whose chefs served the finest sushi I’ve ever come across. Then again, I cannot deny that a panoramic view from your table can enhance the restaurant experience. On a first-ever trip abroad, this then-18-year-old took his girlfriend to the bistro on the first floor of the Eiffel Tower. From our window-side table, we gazed out over the Parisian boulevards and watched day turn to night. How were the steak and pommes frîtes? I can’t remember. I was too busy soaking up the view. 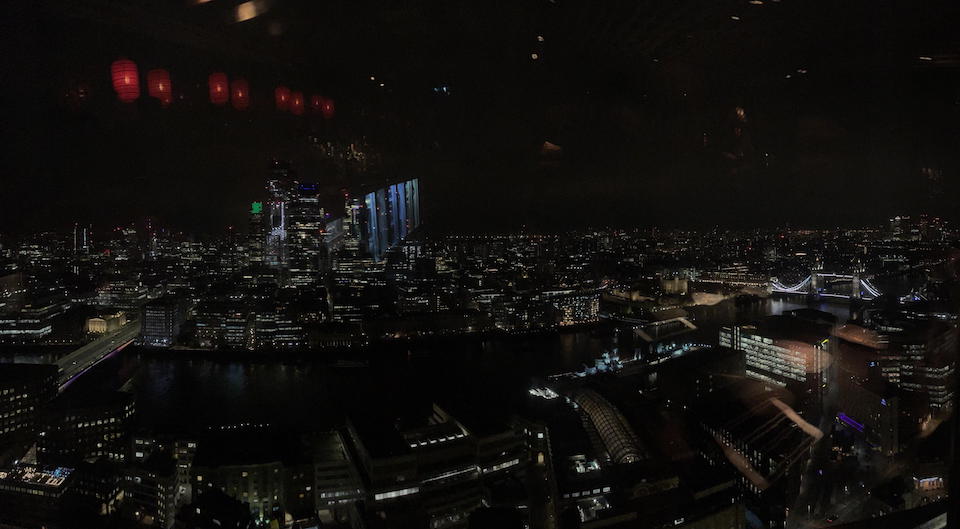 The view from Hutong.

In this, the third in my series of Chinese-restaurant-themed Vinous Tables, I booked a table at Hutong. It nests up on the 33rd floor of The Shard, London’s and Western Europe’s tallest building at just over 300 meters. The neo-futurist pyramidal glass-clad skyscraper stands on the south bank of the Thames. Upon completion in 2012, it instantly became one of London’s most distinctive landmarks. The kids had been badgering me to visit The Shard’s viewing platform on the 91st floor for ages, but frankly, I wasn’t prepared to shell out the exorbitant fee. As a compromise, I suggested a meal at Hutong.

Let’s get this out of the way first: the view from Hutong is the best in London. The stunning panorama takes in the gritty East End, Tower Bridge and the Tower of London, the banking center directly opposite, St. Paul’s Cathedral, and the twinkling lights of the West End. Say what you like about London, but it is a beautiful city, a mishmash of historic and futuristic architecture bisected by the curving Thames, and at night, it looks breathtaking. The Shard’s glass-paneled exterior creates a sense of floating in the clouds rather than being inside a building. 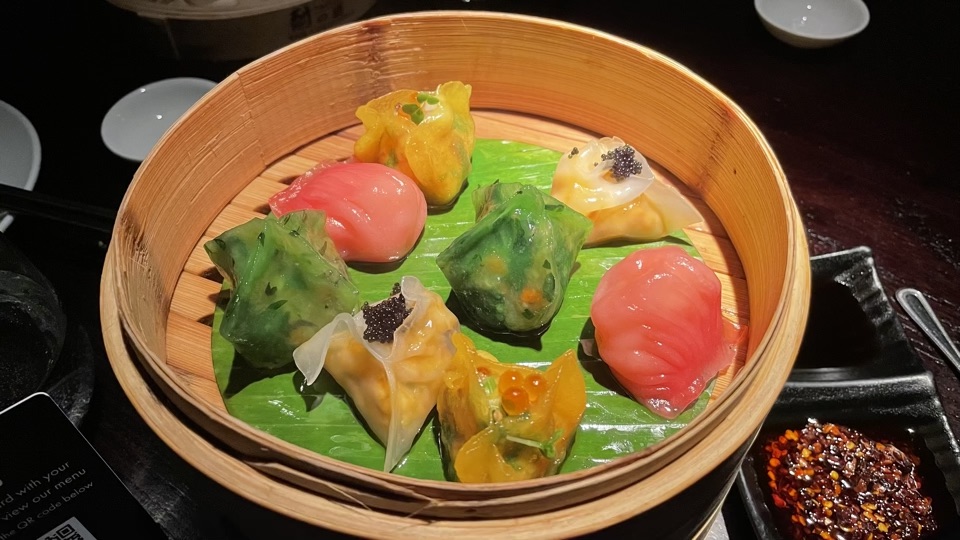 Hutong itself is not a quiet restaurant. It was noisy and almost boisterous on the Friday of our dinner, though I didn’t mind, as I wanted a celebratory vibe. It’s a place where people go to be seen, whether in the restaurant or the adjoining cocktail bar. The restaurant design is a blend of old and new with its wood-paneled “Moon Gates,” a plethora of red Chinese lanterns, and its centerpiece, a large wishing tree adjacent to the bar. The interior is quite dark, which I like, although our table was perhaps too dark, so much so that I found it difficult to read the menu. And apologies in advance, but I must mention the toilets. Fellas, make sure you go for a wee. The urinals are flush against the exterior glass, affording a dazzling view over southwest London as you go about your business. You end up admiring the view and forgetting the reason you came in, though I would not go as far as the gentleman next to me, taking photos mid-flow. 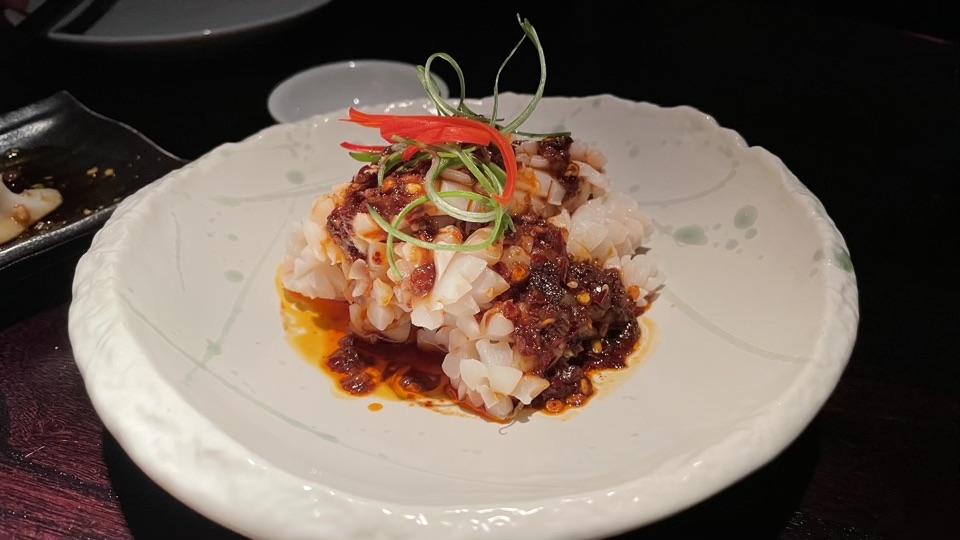 What of the food? Let me be honest: Hutong is an expensive restaurant, and many people come here simply for the setting. Is the cuisine as good as A Wong or Hunan? No. In fact, I read some fairly dismissive online reviews that almost prompted me to cancel. I’m glad I didn’t, because the standard was better than expected. It was one of those occasions where a meal started on a high, but subsequent courses were unable to match up, a case of diminishing returns. 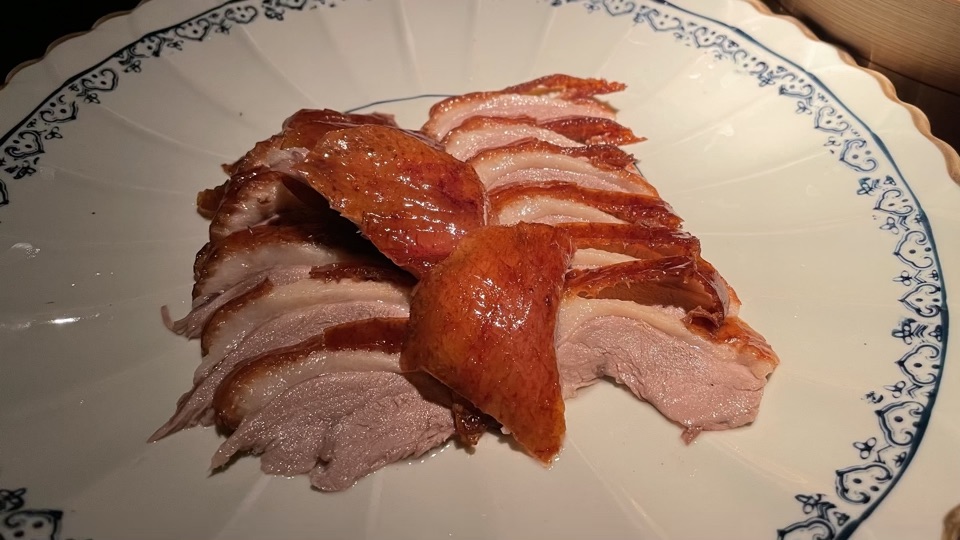 Without question, the highlight is the dim sum. Our set course included four dumplings per person: cod and seaweed dumpling with tobiko; XO sauce and crystal prawn dumpling; mushroom and spinach dumplings; and Rosé champagne shrimp dumplings. To this we added Iberico pork xiao long bao. These were all excellent, perfectly presented and detailed, with a wonderful consistency and balanced flavors. The shrimp and cod in particular both tasted fresh, while the Iberico pork xiao long bao were sweet and heavenly-tasting, even though my chopsticks easily punctured the delicate skin and all that lovely juice spilled across my plate. 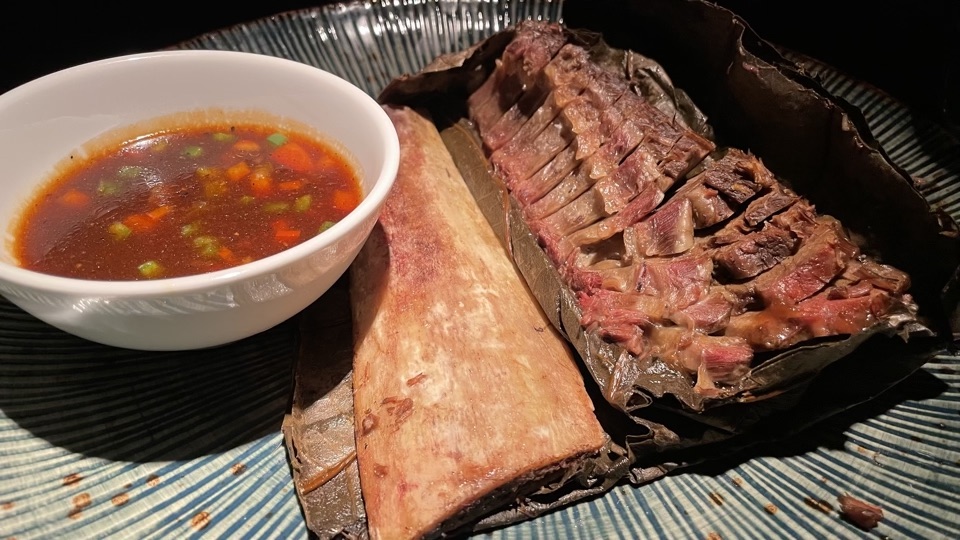 In addition, we ordered the less successful “Calamari flowers,” basically boiled squid left to cool and served in a Sichuan peppercorn and chilli oil that overwhelmed the squid. Whereas at, say, Hunan, the spiciness was more judicious and complementary, here it left my tongue number than I would have preferred.

Hutong’s Peking duck is prepared on site and is mandatory, though eye-wateringly expensive, so I ordered just a half. The duck itself had sufficient fat and was well cooked, though personally I would have liked more of the crispy skin. There were insufficient pancakes for the duck, meaning we had to order more at extra cost, and one or two of them were undercooked and a little soggy. 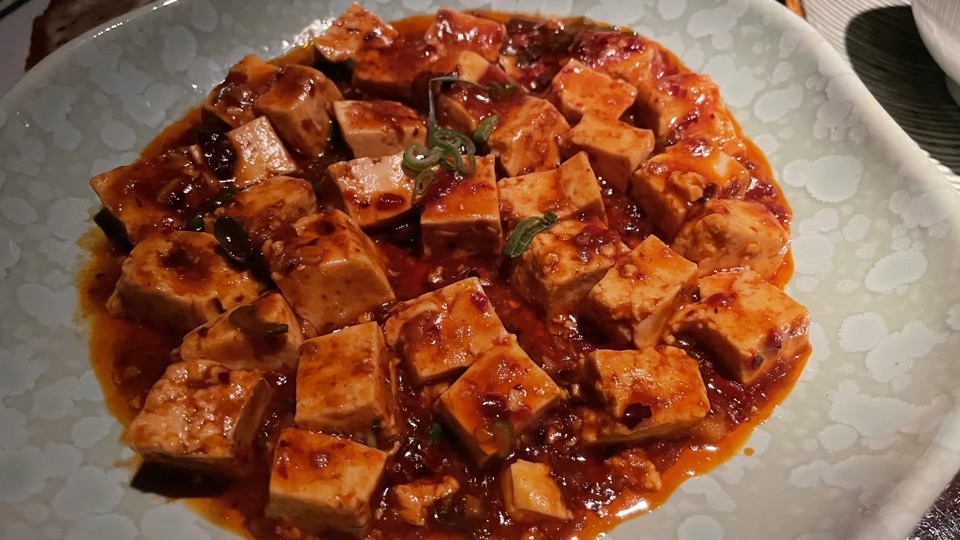 The 10-hour slow-braised aromatic beef rib with cinnamon, star anise and dark soy sauce served in lotus leaf split opinion. I absolutely loved the flavor of the sauce, though it was perhaps a tad watery. The beef was tender but a little bland. The accompanying Mapo tofu with chilli sauce was well prepared, though here I might have just dialed down the chilli slightly because it obfuscated the delicate flavor of the tofu. 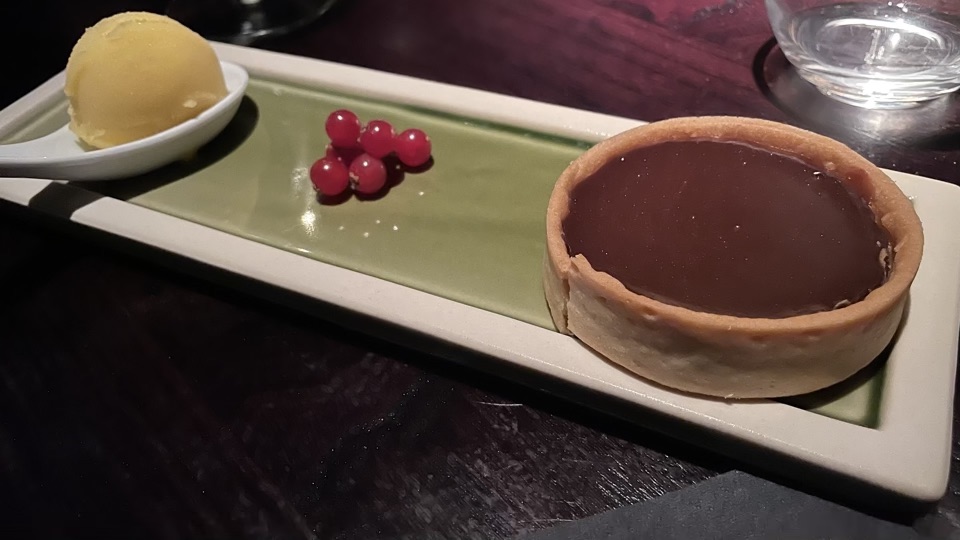 To finish, we ordered chocolate tarts with mandarin sorbet. The tarts were a little on the small side but had a lovely gooey texture, the sorbet sharp and refreshing. In addition, a mango pudding with fruit salsa and also flanked by mandarin sorbet was absolutely delicious. So at least we had started and finished on a high.

I did inquire whether Hutong would allow any BYO, but they politely refused. The wine list is fairly standard, with some wallet-gouging markups. I ordered a 2019 Chenin Blanc Reserve Old Vine from Ken Forrester Wines, as this is normally a reliable performer. However, I was disappointed by this bottle, which, unusually for this cuvée, just felt anonymous, as if all that lovely Chenin Blanc flavor had been syringed out. I should add that I wrote my observations prior to eating any of the dishes; the enthusiastic use of chilli oil and especially tongue-numbing Sichuan pepper would have wiped out the nuances of any wine. In fact, when I returned home, I felt compelled to open another bottle, a 2010 Château de la Dauphine. Black plum, mint, juniper and licorice need little coaxing to burst from the glass. On the palate, the wine is medium-bodied for a Fronsac in this vintage, well defined and quite controlled, with hints of white pepper and freshly rolled tobacco toward the finish. It has a muscularity that many 2010s possess, though it attests to considered winemaking and should age with style. Personally, I might leave my bottles for another two or three years. 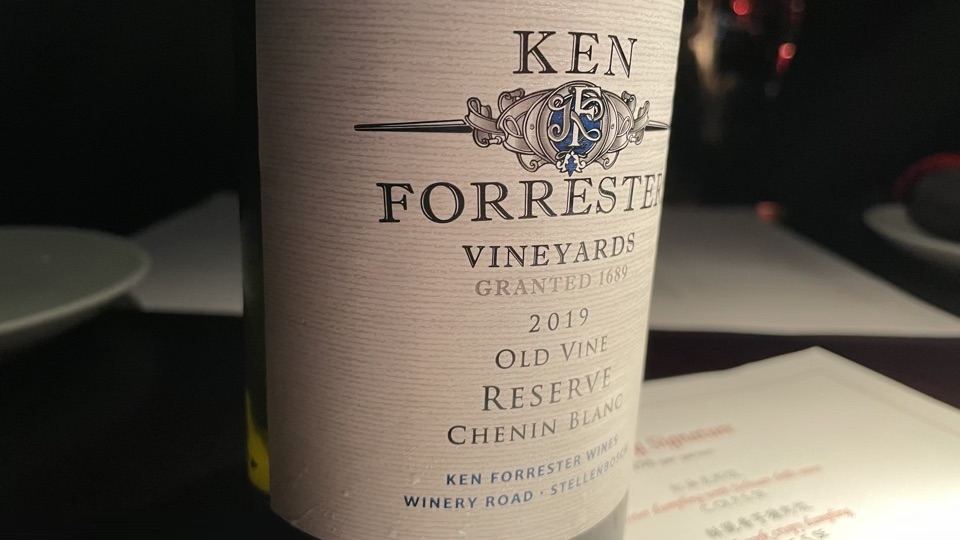 Overall, the standard of cooking at Hutong just about passed muster. It is not the best Chinese cuisine you will eat in London, and it is very expensive. Then again, Hutong is as much about the atmosphere and the scenery. The whole package makes it one of those places you deserve to come to once and depart with a sense of having no desire to return unless somebody invites you. But one thing’s for sure: you will remember the view.