“Pot d’Etain? Are you sure about that, mate?”

“Yeah, I know Pot d’Etain. Went there years ago. Didn’t it once have a great wine list?”

“Drank a ton of great bottles at Pot d’Etain. So cheap! Shame all it’s been pillaged.”

“You know the food is not very good, don’t you?”

“Why bother? It’s far from Chablis. Not worth the trip.”

The comments that preceded dinner at Le Pot d’Etain did not exactly build my expectations. In fact, they sent my hopes plummeting to the basement, where banished memories of hideous restaurant experiences are stored out of harm’s way, like barrels of nuclear waste. (Indeed, some of the food at those restaurants actually tasted like nuclear waste.) But my soirée at Le Pot d’Etain was thoroughly enjoyable even if I factor out the wanton libation of insanely rare bottles at sane prices. If pure enjoyment is the measure of a restaurant, then Le Pot d’Etain scored highly – certainly far higher than circumspect naysayers had led me to believe. 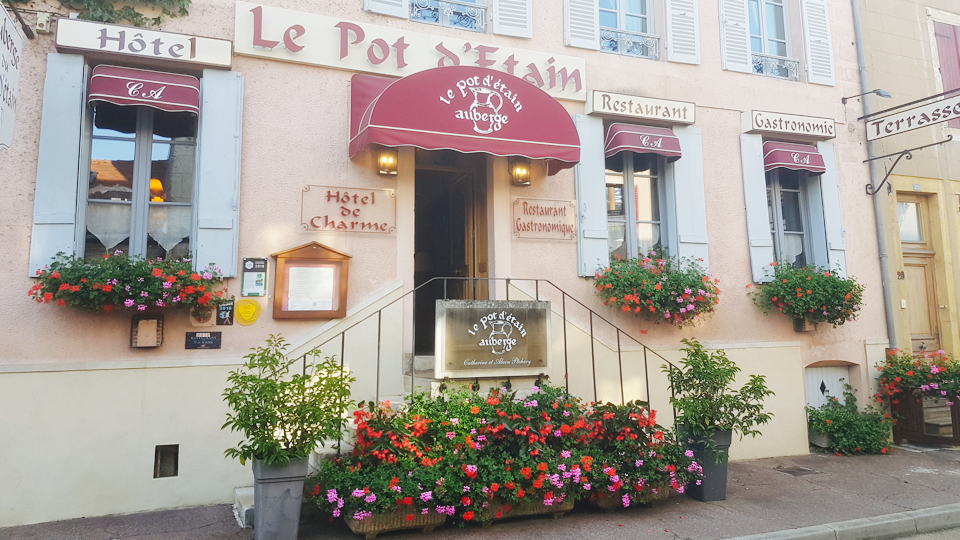 I visited Le Pot d’Etain several years ago with a group of friends, with serious designs on the upper echelons of their renowned wine list, the magnet that entices oenophiles to L’Isle-sur-Serein, the somnolent village nestled in the middle of nowhere between Dijon and Chablis, about 30 minutes’ drive from the latter. My thirsty friends ordered a trove of DRC and Rousseau, to the undisguised chagrin of the proprietor, who was fed up with customers creaming off blue-chip domaines. I placated him by ordering a lovely mature Volnay from Domaine Joseph Voillot.

I had not returned since. This is partly due to caustic comments from those dissatisfied with the standard of food. Not unlike Tour d’Argent in Paris, the heavenly wine list can only be accessed under sufferance of cuisine ordinaire, albeit at prices not nearly as inimical to one’s bank balance and, at least at Le Pot d’Etain, without expectations raised by Michelin stars. COVID-19 had denied me the pleasure of restaurant dining since March, and since Au Fil du Zinc was closed, a friend who also happened to be in Chablis suggested Le Pot d’Etain. Naturally, I asked: Are you sure? Could we not forgo the hassle of ordering a taxi to get there? Wouldn’t we be frustrated by perusing a decimated wine list long since plucked of keenly priced vinous gems and masticating on food that even I could cook better?

How wrong could I have been?

Let’s be blunt: anyone expecting the culinary exactitude and flair of a Michelin-starred restaurant or its equivalent will be underwhelmed by the standard of cooking, but it is precisely because of my own shrunken expectations that I enjoyed Le Pot d’Etain. Even though none of the dishes even entertained the idea of culinary artistry, I appreciated and savored their simplicity. Lack of ambition in the kitchen played to the restaurant’s favor, as the chef resisted temptation to overstretch himself (as so often occurs at, say, L’Hostellerie des Clos, where the less said about that dinner in July, the better). 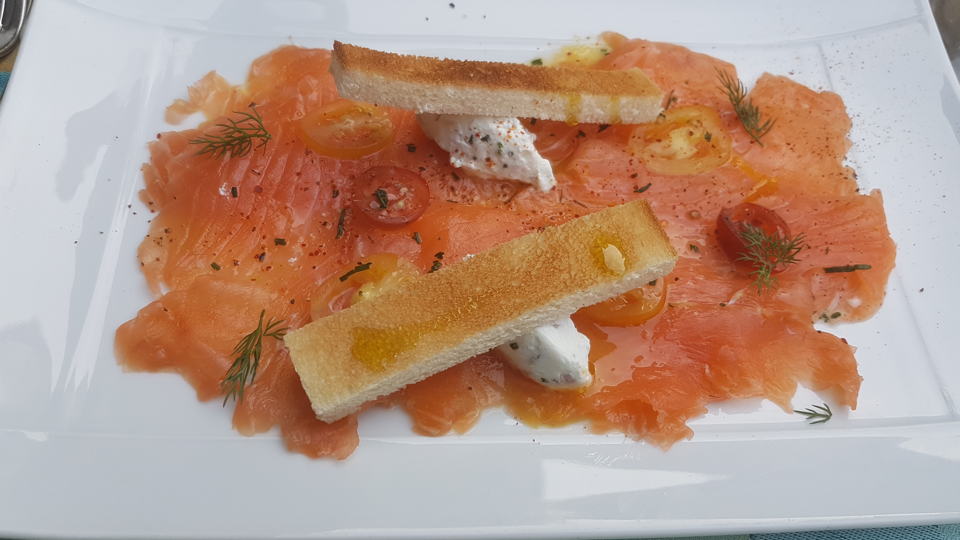 An amuse-bouche of chilled courgette (zucchini) soup with breaded croutons was a good omen, a welcome palate sharpener on a balmy evening. For starters, I played safe with sliced fresh salmon, but it was bursting with flavor and clearly bought fresh from the market, the sour cream delicately seasoned and the tomatoes adding a touch more flavor and umami. Partnered with the absolute killer white wine that I will rave about later, it was a perfect combination that I would not swap for anything else.

The main course was a rump of lamb with seasonal vegetables: new potatoes, carrots and mange tout (snow peas), served with an onion sauce. Sure, it was nothing out of the ordinary and required only basic kitchen skills. On the other hand, the lamb was tender and delicious, without excess fat, the potatoes perfectly boiled and the carrots tender and sweet. No complaints. 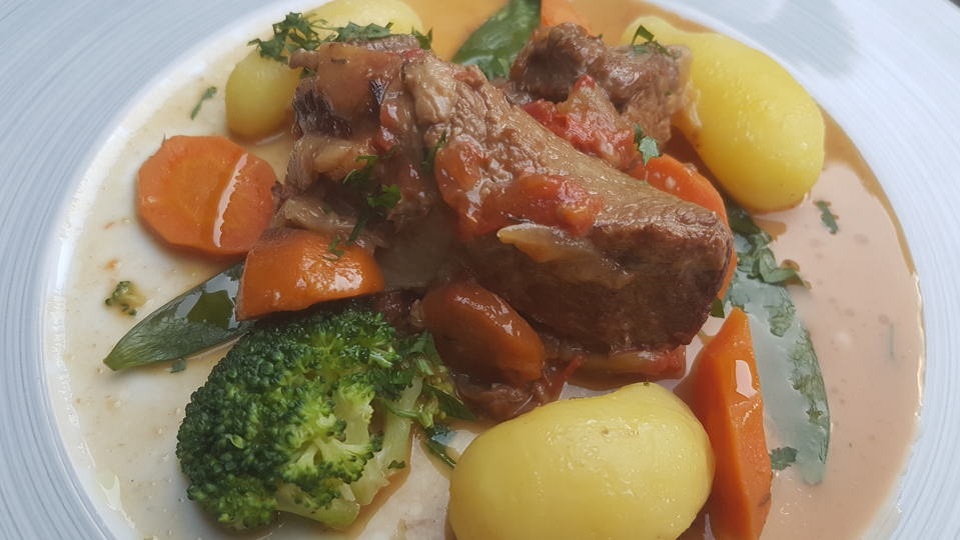 Best of all was the dessert of verbena parfait with seared red cherries. You might describe it as an “economical” pudding, but it was delicious, the piquancy of the cherries offsetting the sweetness of the parfait.

None of these descriptions will set epicures’ world on fire; I get that. But for €43 per person, quality is commensurate with price, and anyone who has had to remortgage their house to dine at Tour d’Argent will consider this a price well worth paying for access to one of France’s best wine lists. 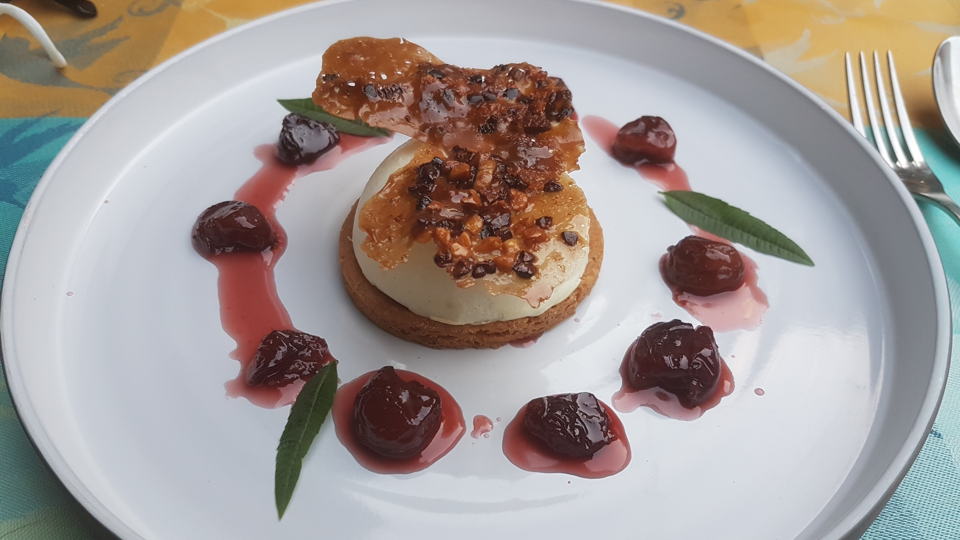 Maybe the biggest surprise was in fact the wine list. Whether because of my lowered expectations or our timing just after lockdown, this was a treasure trove of fermented grape juice that made choosing one bottle a difficult and protracted process. The thick leather-bound book boasts reams of vintages from many of Burgundy’s best winemakers, at prices that will make you wince next time you order the same bottle at a restaurant that gouges wine lovers for every hard-earned dime. Those who frequent restaurants in Burgundy will know where to go for producers the caliber of Rousseau or Coche-Dury at respectable ex-cellar markups; however, in my experience, the selection is almost always limited to recent vintages, since anything older has long been drunk. Here, we had the choice of around a dozen vintages of Meursault Rougeots and the same number of Monthélie, to give just two of many examples, offering a wide choice and bottles with modest maturity, give or take a few euros.

After much deliberation, we had no choice. The 2010 Meursault Rougeots from Coche-Dury was simply off the blooming charts. In fact, I will go so far as to suggest that it may be the best white village cru Burgundy I have ever encountered. My appreciation is reflected in my score. Limpid silver in hue with flecks of gold, it is blessed with a riveting bouquet, its signature reduction deftly not occluding the terroir expression in any way. The mineralité and tension were a joy to behold, and they translated across to the palate, which boasts razor-sharp delineation, absolutely perfect acidity and a nervosité on the finish that is dazzling. Part of that stems from the brilliance of the vintage, part from an exceptional vineyard and part from the fact that in this wizard’s hands, Rougeots operates at top premier cru level. It was not cheap, but by my calculations it was still approximately one-third what you would pay from a merchant. 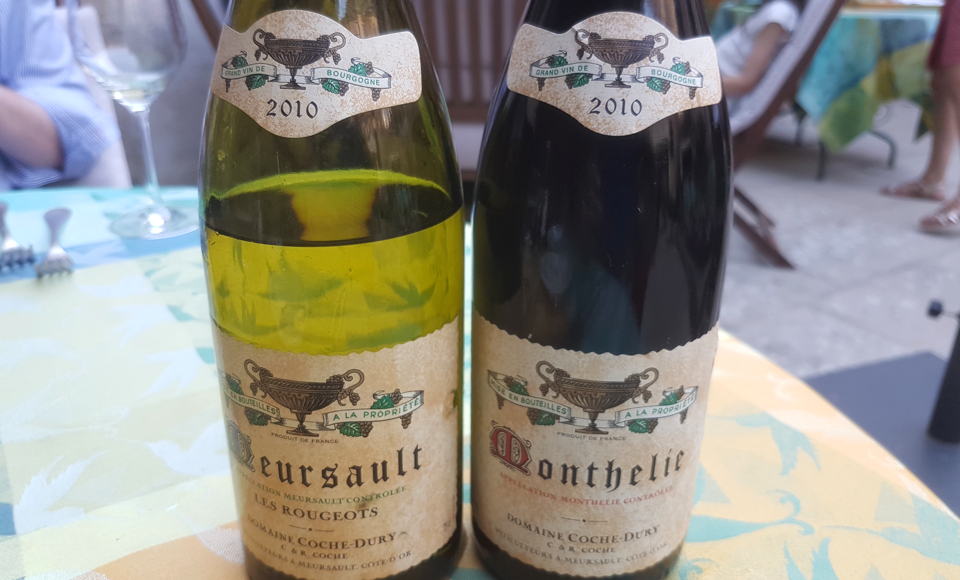 We reined it in (a bit) for the red. I am a big fan of Coche-Dury’s Monthélie but rarely have the opportunity to taste it with age. The 2010 Monthélie showed hardly any maturity in color. Fresh as a daisy on the nose, it offers a heady mixture of black and blue fruit, pressed violets and shucked oyster shell, echoing a very fine Marsannay from Roty in some ways. The palate is built around quite plush but fine tannins, ebullient blueberry and cassis fruit and a touch of bitterness on the finish lending the edge to keep you coming back for another sip.

Finally, we found a half-bottle so ridiculously priced that it was a no-brainer, not to mention that I had hitherto never encountered it in finished form. The 2014 Gevrey-Chambertin from Armand Rousseau showcased the beauty of this true Burgundy lover’s vintage. It offered crisp, delineated raspberry and wild strawberry fruit laced with sous-bois. The palate displayed exquisite balance, obviously endowed with less concentration than the equivalent 2015 or 2016, yet nimble and lithe, and so precise and detailed on its carefree finish that you could easily misconstrue this as a premier cru. Wonderful. 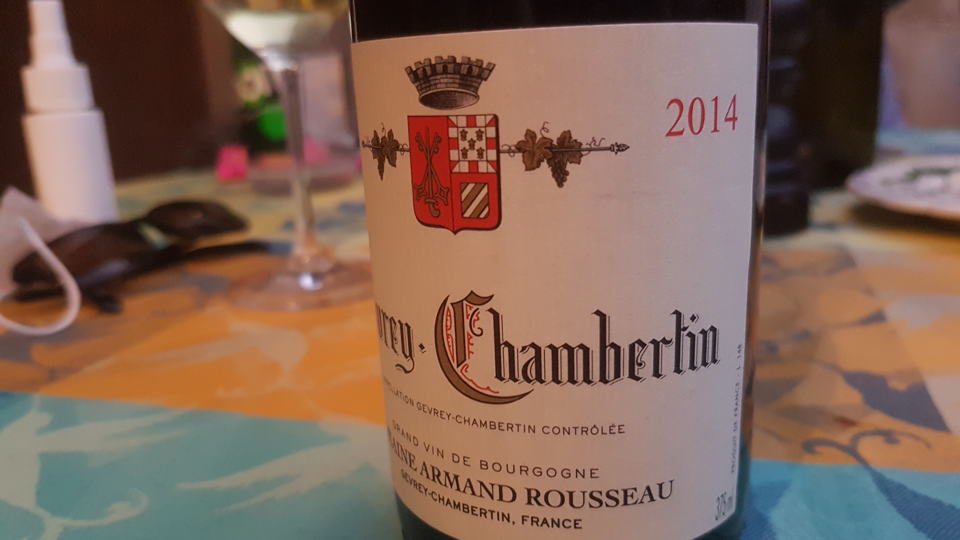 Notice the hand sanitizer in the background

An early start the following morning precluded me from reserving one of Le Pot d’Etain’s rooms, and so I schlepped it back to Chablis feeling... jubilant. The meal had far outstripped my expectations; the cooking was decent for the price, notwithstanding that I prefer eating simply when drinking well. It allows you to focus your senses on a special bottle of wine. Anyone visiting Le Pot d’Etain should be warned that they ration coveted bottles, so spare yourselves any embarrassment by not turning up with a shopping list of DRC. Mea culpa, we ordered Coche-Dury and Rousseau, but we were probably allowed because the restaurant had only recently reopened and we did eschew the Premier Crus. It would not surprise me if on another occasion we might have been asked to choose an alternative, and if we had, I would not have argued, since it is a policy I wholeheartedly support. If a restaurant resists temptation to flip high-demand bottles, as many flagrantly do, and lists them at sensible markups for the benefit of wine lovers and to the detriment of their own profit margin (not easy in these fraught and straitened times), then they should be at liberty to distribute such bottles to whom they want, when they want.

I should mention that dining in the pretty rear courtyard, tables were positioned wide apart to maintain social distancing and, thoughtfully, disinfectant spray was provided for every table. Did I feel safe? Most certainly.

Next time I’m in Chablis, I will be making my way back down to the middle of nowhere.