Toast Skagen- toast with prawns in mayonnaise and bleak roe

Bleak roe from the Kalix river, served on brioche with red onion, lemon, and dill

This past December, following a particularly busy day promoting my book in Sweden, I joined a group of friends for a late dinner at Sturehof – a Stockholm fixture that was originally established in 1897. Though assuredly among the oldest restaurants I have ever stepped foot inside, there were no cobwebs on this place. On the contrary, Sturehof was the gastronomic embodiment of vigor. The room was packed, the volume was high, and the energy was infectious. Modelesque young Swedes turned the rows between the tables into catwalks, thoroughly engaged in the business of being seen, and giving the place a kind of late-90s Meatpacking District vibe. 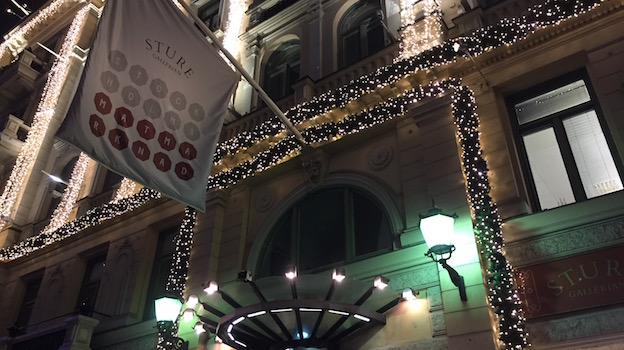 A well-oiled machine that keeps the party fires eternally stoked, Sturehof serves food and all manner of libations from 11am to 2am, 7 days a week, 365 days a year. The setting is casual and charmingly kitschy, with a mirrored ceiling and a giant red crustacean looming over the central service station. The food, centered around locally sourced seafood and Swedish traditional fare, or Husmanskost, is hearty and well-executed. We were fortunate in that our group included Niclas Tuomela, a celebrated Swedish sommelier who worked at Sturehof from 1995 to 2007, and turned the restaurant from something more closely resembling a beer hall to a serious fine wine destination. Since his departure, his assistant John Ericsson has maintained Tuomela’s high standards. The impressive list offers several hundred selections that span all corners of the globe, and includes several dozen wines available by the glass or via Coravin. 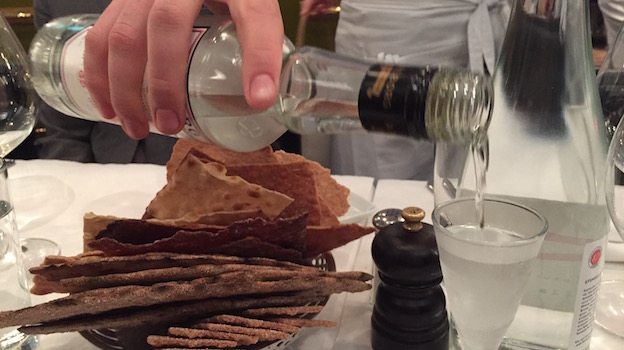 We ordered two lovely whites to accompany the first courses, but tradition compelled us to precede them with a frosty glass of aquavit. This particular elixir was crafted especially for Sturehof and was remarkably smooth, accented with notes of caraway, citrus, and dill. While we sipped, the locals at the table serenaded us outsiders with a thunderous Swedish drinking song, a tune that evoked— to my foreign ears at least-- Viking longboats and horned helmets. It set a merry tone that continued throughout the evening. 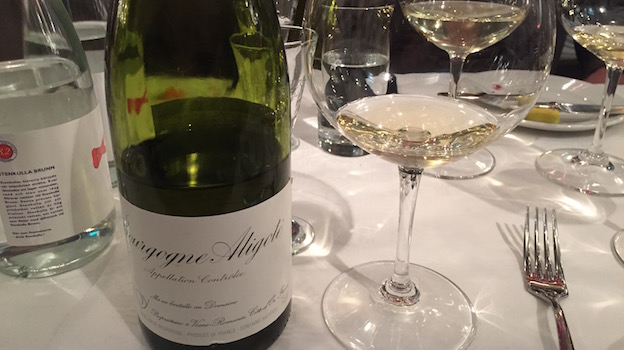 The first white we enjoyed was a 2008 Etienne Sauzet La Garenne Puligny-Montrachet 1er Cru, which was quite delicious—rich but with a zesty acidity, admirable focus and great mineral depth. Its intensity and integrity suggest the wine still has a long life ahead of it. The 2008 Leroy Bourgogne Aligote, however, was a touch disappointing. Though I typically love this wine in its youth, the 2008 was a bit broad and also frayed at the edges. It was by no means over the hill, however, as its warm brown spices and ripe, tropical fruit were lovely to contemplate, but I suspect the wine’s most exciting days are behind it. 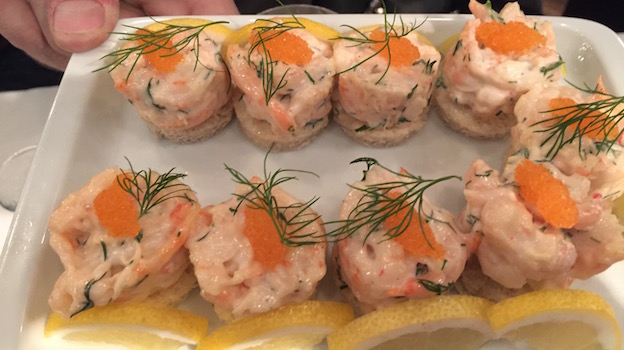 Our first two courses were served family-style and were extremely typical of Swedish fare. In fact, over the course of my week in Stockholm, I must have been served toast skagen—prawns mixed with mayonnaise, served on toast with roe—at least five times. This particular preparation, however, was the finest I encountered. It is not an easy thing to make a mayonnaise sauce feel elegant, and yet the lemon and dill accents employed at Sturehof did just that. Our other dish focused exclusively on the bleak roe (or “Swedish caviar”), harvested from whitefish in the Kalix river in the north of Sweden, which is widely considered to be the finest source. The tiny eggs were quite mild in flavor, with refreshing salinity and firm texture. 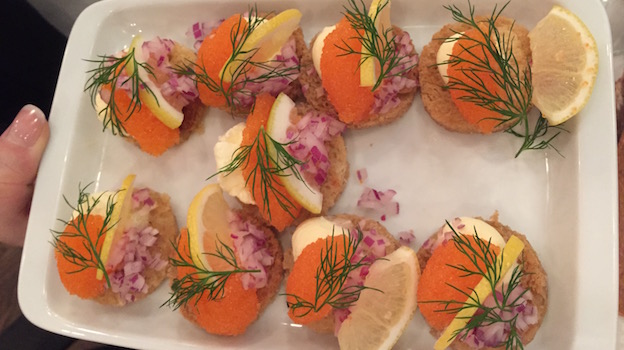 Next came a pair of reds from the 2001 vintage—which, although they were from dramatically different parts of the world, shared a dark intensity that made for an interesting comparison. The 2001 Penfolds Bin 707 Cabernet Sauvignon was a massive wine, almost black in color and a touch monolithic, with mouth-filling rich fruit and still-chewy tannins. Though charming now, I imagine it was a bit overwhelming in its youth. Offering a hue of ruby ringed with garnet, the 2001 Gruaud Larose was clearly also a ripe wine, but far more nuanced and balanced in its texture and aromatics. Beautiful spice notes and a subtle floral tone joined the black currants on the nose. 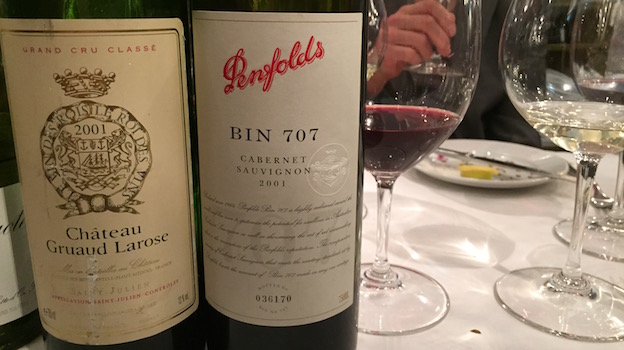 As this night was clearly much more about wine than food, Tuomela quickly canvased the group and ordered everyone the same entrée- a rich and filling stuffed chicken served with roasted leeks and side of very creamy mashed potatoes. Though somewhat simple, the dish was perfectly prepared—juicy and moist—and was a wonderful foil to the bevy of complex wines. 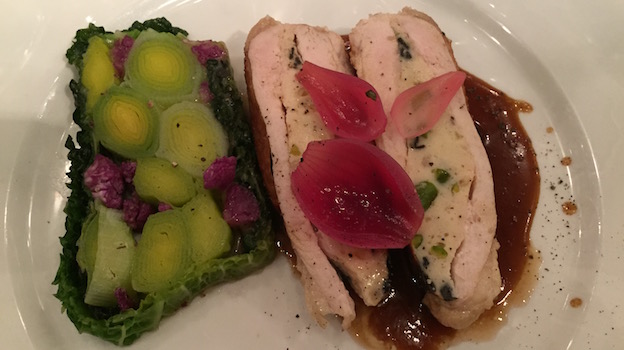 We finished our evening with two more reds, both of which were exceptional. The 1996 Guigal Côte-Rôtie La Landonne was undoubtedly the wine of the night. Bright and savory on the nose with wonderful power and structure in the mouth, it was absolutely singing. Though starting to display some autumn edges, the wine’s core was still quite youthful, as it turned every head at the table. The 2001 Rayas Châteauneuf-du-Pape was a delightful surprise, as it had really blossomed since the last time I had it, some eight or nine years ago. Its texture was enveloping, and the wine managed to be both cushioning and weightless in the way that only great Rayas can muster. The nose offered plenty of sweet brown spices, crushed flowers, and mixed ripe, red berries. Lovely. 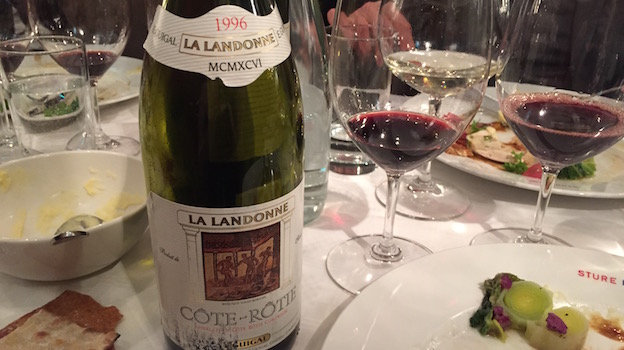 As our meal concluded, we filed out into the crisp Scandinavian night, the restaurant still full and rowdy behind us. If, as I was repeatedly reassured, my meal at Sturehof was indeed indicative of eating and drinking “like a local”, then forward my mail to Stockholm, please. 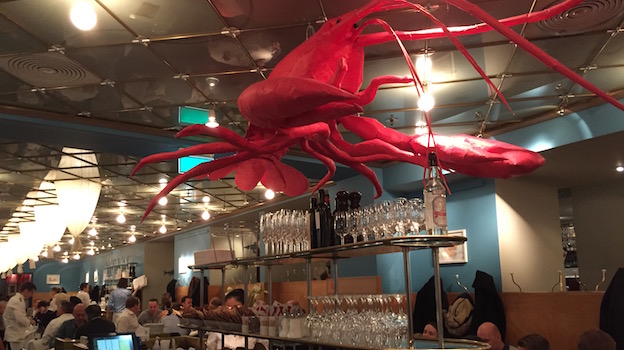