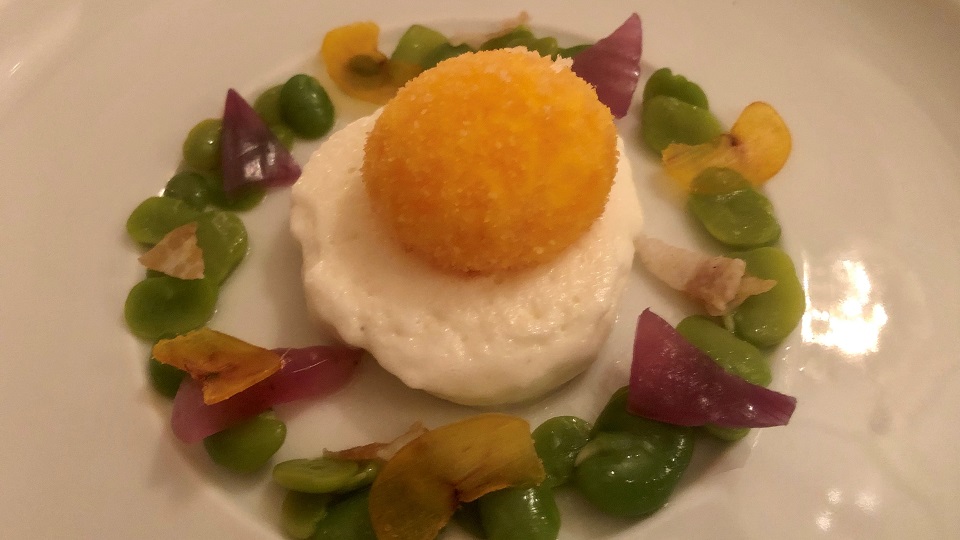 
I have previously written about another restaurant in the Hotel Excelsior Vittoria a Sorrento, the highly enjoyable Terrazza Vittoria, whose easygoing dishes, very good wine list and magical outdoor setting make for a truly ideal lunch spot. By contrast, the Terrazza Bosquet is the hotel’s gourmet restaurant, characterized by much more intimate and personal cuisine served in just as magical a setting thanks to the wonderful terrace overlooking the Bay of Sorrento and Mount Vesuvius in the distance. The wine list is bigger and deeper than Terrazza Vittoria’s, so there’s plenty to like, though my most recent visit left me with some question marks. 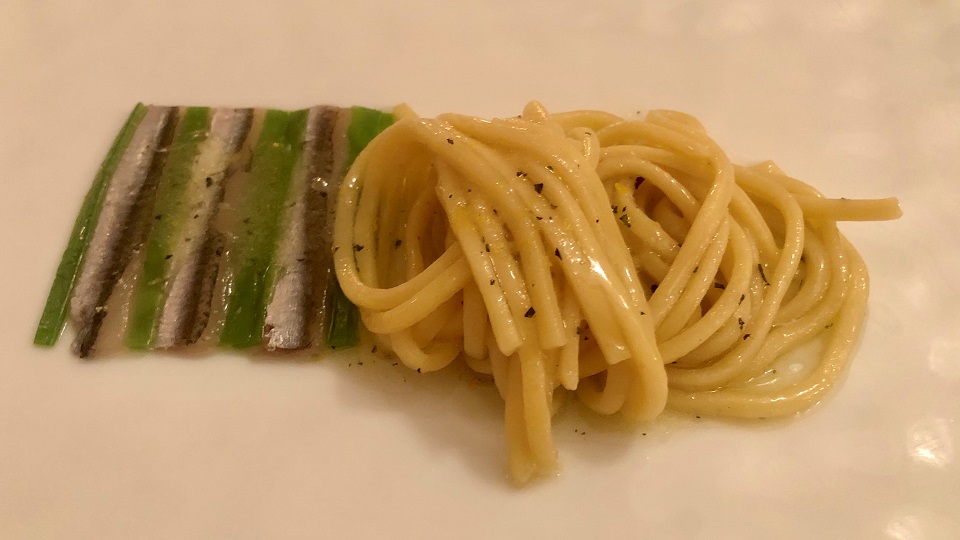 Sorrento is truly a lovely city and an unforgettable vacation spot, provided you avoid going in peak season, when the place is literally overrun with tourists. I find it especially nice that for such a touristy hot spot, Sorrento offers varied dining possibilities, ranging from the decent to the outstanding, and one gorgeous hotel after another where you can rest and relax. Among these, the Hotel Excelsior Vittoria is one of the most beautiful and storied. The ruins of one of Emperor Augustus’s villas are said to lie beneath the hotel, so this is a pretty unique place to put your feet up and recharge your batteries. The hotel boasts 180 years of history and is owned by the Fiorentino family, now in its fifth generation at the helm (Guido Fiorentino is also a member of the Executive Committee of the Leading Hotels of the World). It has seen its share of megastars and famous visitors, including Richard Wagner, Marilyn Monroe, Sophia Loren, Jack Lemmon and Luciano Pavarotti (to whom a suite is dedicated). More importantly, the Excelsior Vittoria was a favorite haunt of tenor Enrico Caruso, who stayed numerous times in the suite that now bears his name (and where Italian pop singer Lucio Dalla also stayed; it was at the hotel piano that he began composing his hit song “Caruso”). 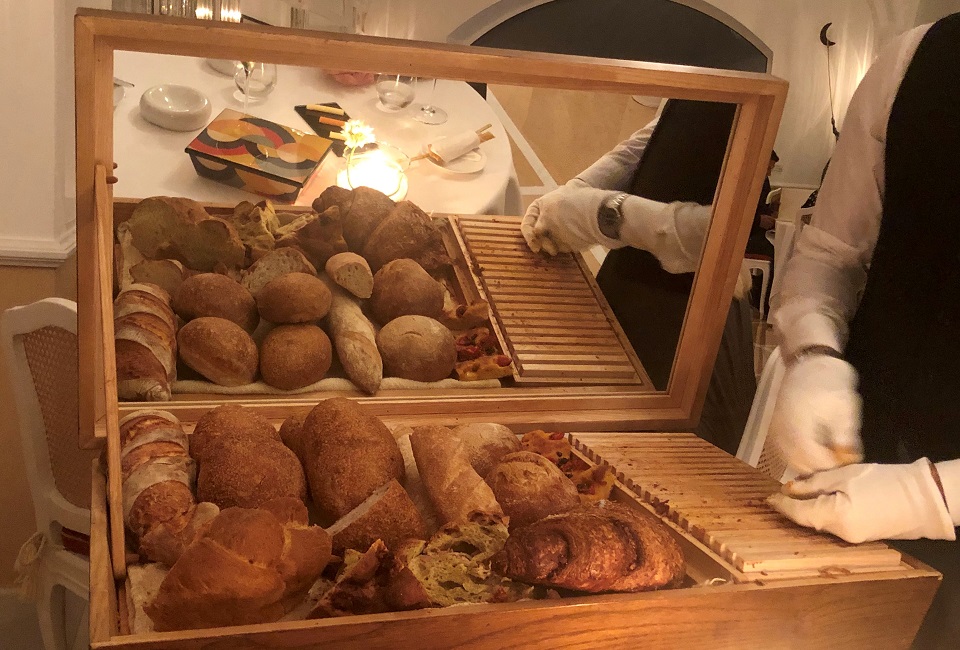 The hotel offers a number of different dining possibilities. At Terrazza Bosquet, come summertime, guests can eat on a beautiful terrace boasting a sublime view, especially at sunset. However, be warned that in colder weather (which might mean even late April), the terrace is eschewed in favor of indoor seating in an undoubtedly refined room with large windows but one that I personally find too cramped, narrow and not especially warm. Not that it’s a bad restaurant dining room setting; it’s just that the inside space cannot begin to compare with the terrace, which is one of Terrazza Bosquet’s major attractions. Service is first-rate but a little overbearing at times; for example, I found the insistence on not allowing my guest’s handbag to sit on the floor a nice thought, if it weren’t for the fact that the maître could offer nothing better than to twist and tie the leather handles of the Céline bucket so that it would hang from a table hook to avoid touching the floor. I would imagine they have heard of taborets (tabourets, in French) at such an elegant dining establishment; in any case, and rather understandably, my companion was less than impressed. 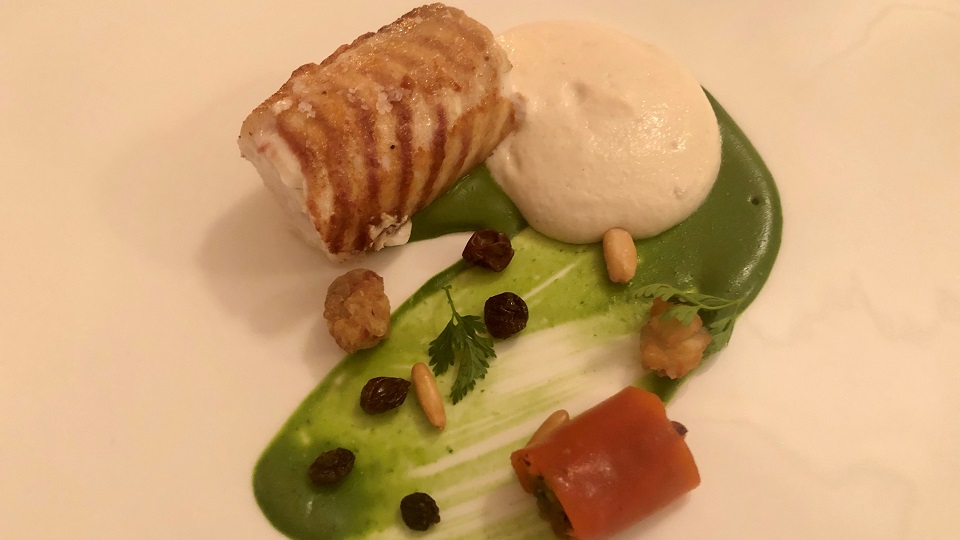 Like the distinguo that must necessarily be made between the restaurant’s different dining areas and the at times too fastidious but well-meaning service, the food at Terrazza Bosquet is also not exactly a straightforward issue. Young chef Antonino Montefusco, in his early 30s, is undoubtedly talented and has trained with a star-studded cast of chefs over the years: Philippe Chevrier (two Michelin stars at the Domaine de Chateauvieux in Switzerland), Heinz Beck of Rome’s three-star Pergola, Pino Lavarra at Rossellini’s and still other famous names. He first began working at Terrazza Bosquet in 2014, and after stops and starts took over as Executive Chef in 2016, when Luigi Tramontano moved on. Montefusco’s cuisine is intimate and intellectual, and though he is very adept at extracting flavor from the ingredients he uses, not all the dishes he conjures up are immediately easy to grasp in their essence and vision. Still, I ate very well on my last visit. The bread basket (actually a rolling cart) is one of the best I have ever come across in my Italian dining peregrinations. The fried yolk and the lemon tagliolini also proved very satisfying and enjoyable. 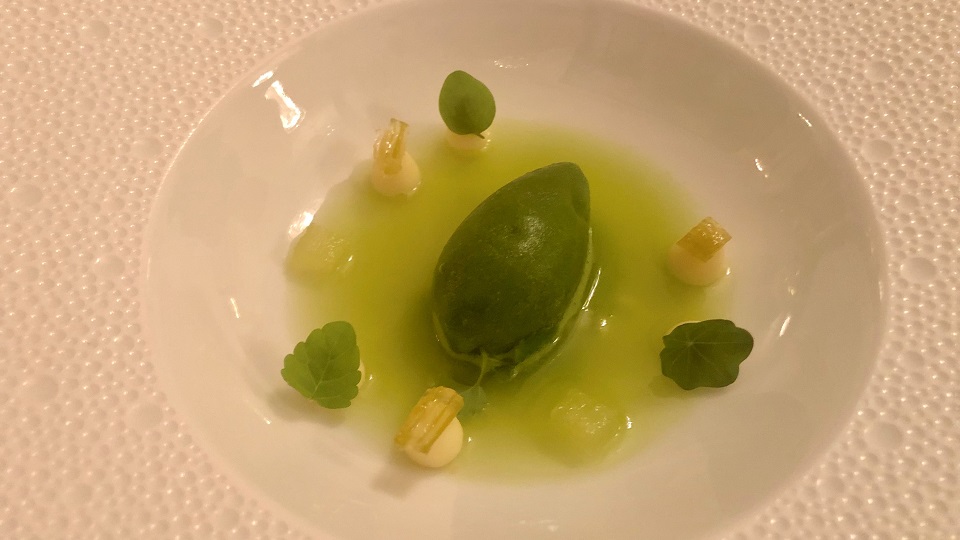 Certainly, nobody risks going thirsty at Terrazza Bosquet. The wine list offers an outstanding lineup of choices ranging from many Campanian wines to well-known estates from all over the world. In this respect, everybody seems to have a good time; for example, tables next to mine crammed with wealthy tourists and families were enjoying bottles of Gaja and Quintarelli. Personally, I usually opt for slightly lighter-styled, highly precise wines with the cuisine of the Sorrento coast. The 2013 Perillo Coda di Volpe Irpinia with which I started my meal is one of Italy’s most underrated whites. Lemony, herbal and mineral, it ages extremely well and is a testament not just to Perillo’s talents but also to the nobility of this underappreciated variety that lives in the shadow of the more famous Fiano and Greco. I have always greatly enjoyed the 1983 vintage in the Mosel, which, though not brilliant in its noble rot presence, gave us some of the purest and longest-lived German beauties I have memory of. And so it is with the delicious 1983 Bernhard Jakoby Erdener Busslay Riesling Spatlese, a wine of considerable ferne (a German word relating to the richness in aromas and flavors brought on by age) and, at almost 40 years of age, still endowed with a remarkable hint of sweetness and Erdener power (if not quite at the level of say, the Erdener Treppchen). A delicious cocktail of lemon verbena, jasmine, liquid rocks, lime and diesel fuel, this beauty is still quite young, if you can believe it. I closed off my night’s libations with the 2015 Miani Sauvignon Friuli Colli Orientali Zitelle, a more medium-bodied, less powerfully intense style of white wine from Miani that, no doubt thanks also to the warm year, has been highly enjoyable since day one (meaning pretty much upon release). Clearly not the most explosive of Miani’s Sauvignon Blancs, the 2015 delivers lively varietal accuracy and easygoing aromas and flavors of green fig, grapefruit and sage. 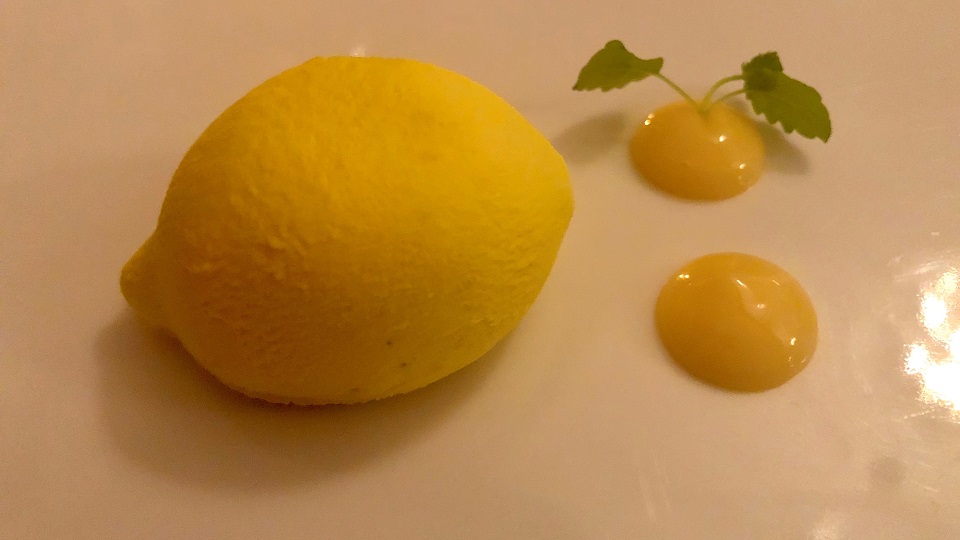 When all is said and done, Terrazza Bosquet offers a lovely dining experience. I’m not sure I’d return again and again, but the magnificent view from the terrace is reason enough to go at least once and take in the perfumes, the flavors and the sights of Sorrento’s (and Terrazza Bosquet’s) magical atmosphere. 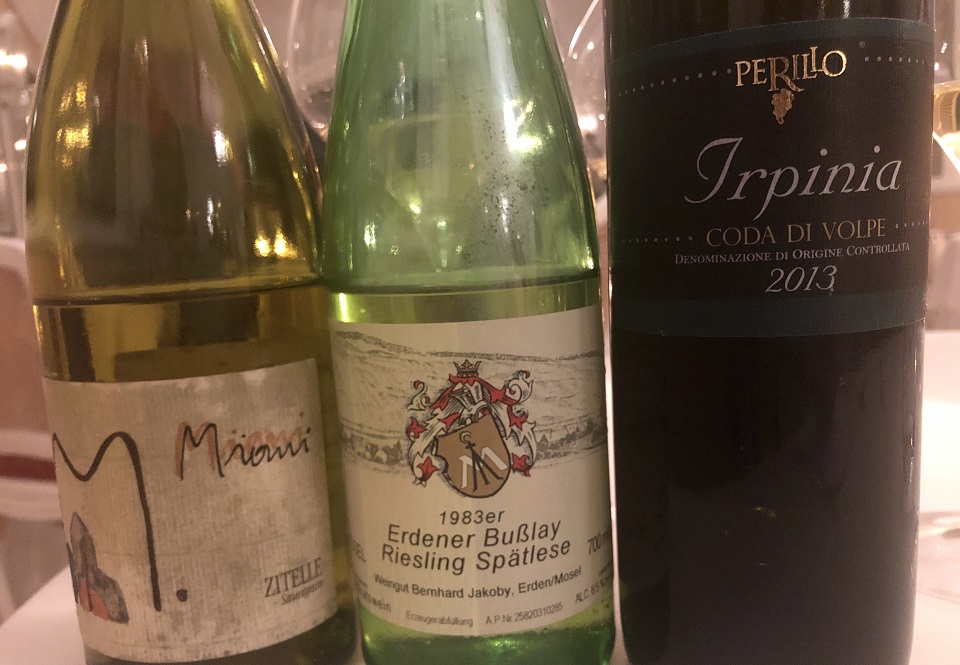